Although Paton did not subscribe to the New York Times, she kept up with its contents from correspondents, who frequently forwarded her pertinent stories concerning adoption and unmarried mothers. One clipping that was sent to her in October 1959 discussed the New York State adoption law, which required that a prospective adoptive couple profess a religion in order to adopt a child. Otherwise they, along with atheists and agnostics, would be turned down. The unintended consequence of the law, which was leading to conflict between the Roman Catholic hierarchy on the one hand and Jewish adoptive parent groups on the other, was that, when practical, a child would be placed only with persons of the same religion as the birth parents. The strict observance by Catholic welfare leaders of preserving the status quo resulted in childless Jewish parents being deprived of a chance to adopt a child because few Jewish women gave birth to children out of wedlock, and no agency would place a baby in a home of another religion.

END_OF_DOCUMENT_TOKEN_TO_BE_REPLACED

Posted in Jean Paon and Religion

I’m happy to report that my forthcoming book, “Jean Paton and the Struggle to Reform American Adoption,” now has a jacket cover.

This Modern Magic: JP and the Computer Revolution 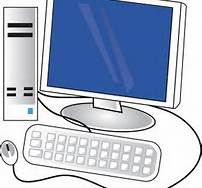 Jean Paton was well aware of the computer revolution and what could be accomplished, as she put it, “by this modern magic.” She was profoundly ambivalent about the new technology and ultimately rejected it.

Paton was proud of her long-standing interest in computers, often citing that she approached Remington Rand in the 1950s for help in setting up the Reunion File, her national mutual consent adoption registry, and that she enrolled in an RCA computer correspondence course in the 1960s. In 1984, Paton had even purchased a Commodore 64, an 8-bit home computer with 64 kilobytes of memory, replacing her trusty IBM Selectric electric typewriter, but she quickly abandoned it for an electronic typewriter, a Brother EM-200.

Two years later, Paton confessed to a correspondent that she wished she were into computers, but thought it was “perhaps too late for me to get buried in its particular language.” She would get by with her memory, correspondence, and files. By 1993, she had acquired a Canon Starwriter 80, a word processor. Armed with two word processors, Paton “resisted a computer with all my strength,” although several correspondents urged her to join them. She parried their well-intentioned hectoring with a variety of justifications: The house was too small. There was no room for a computer in her office. Words spoken on the phone or written on paper were more efficacious than those sent electronically.