Jean Paton vs. William L. Pierce and the Battle of Book Titles 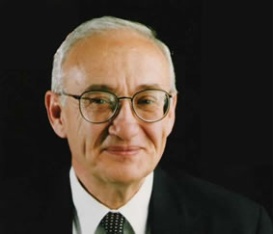 In the spring of 1991, Jean Paton issued a book prospectus under the title “The Encyclopedia of Adoption.” An unfortunate coincidence, however, discouraged her from immediately pursuing the project. She received a flyer from the publisher Facts On File announcing the publication of a book with the identical title by William L. Pierce, president of the National Committee for Adoption, an organization opposed to opening adoption records and Christine Adamec, a free-lance writer. A decade earlier, Paton had described Pierce as “a rather horrid person,” a lobbyist for a Texas-financed group who was “running around the country introducing very repressive [adoption] legislation.” She fired off a letter to Facts On File, denying its publicity blurb that the book “fills a void,” and complained that the book “uses my title to present a very limited and biased view of the subject.” Even in anger, Paton could not suppress her puckish wit. She concluded her letter by stating that she regretted the publication of a book by Pierce under any title, “but especially so under a title I had already announced. But I am sure he cares not a tittle.”

I am the Benson Family Chair in History and Professor of History at Pacific Lutheran University in Tacoma, WA. To read more about me, please visit my website, https://sites.google.com/a/plu.edu/e-wayne-carp/.
View all posts by E. Wayne Carp »

Posted on February 15, 2014, in Uncategorized. Bookmark the permalink. Leave a comment.